Issue 15 was launched at the Phoenix Hall, Newton Dee Village on Sunday 7 April.  This joyous event was attended by over 85 people – contributors, friends, guests and supporters of POTB, including the provosts of both Aberdeen City and Aberdeenshire, as well as members of the  POTB team.  All enjoyed hearing contributors read from their own poems and stories. A small exhibition of artworks from contributing artists was on display in the foyer where refreshments were served before the start of the event and during the interval, providing participants with the opportunity to socialise and chat with the contributors and team members. 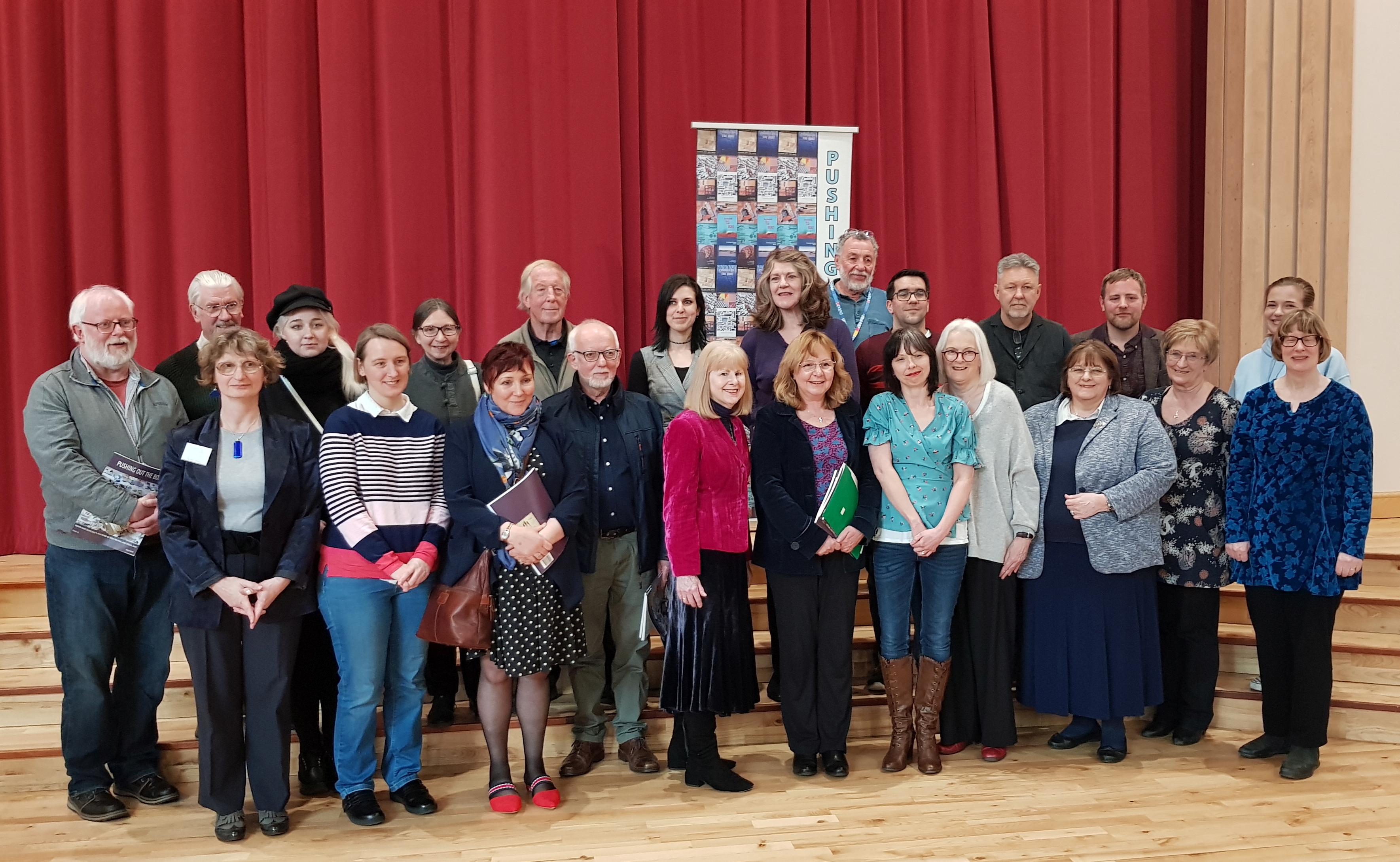 Some of the Issue 15 contributors at the launch

A huge thank you to all who submitted to Issue 15 and to the team of volunteers who helped make the occasion and the magazine such a success.  The number and standard of entries was the highest ever, resulting in what we believe to be our best magazine to date.

As is our custom, we took lots of photos at the launch, a selection of which will be published here very soon.