To mark the death of John Mackie, one of the North-East Scotland’s most respected and loved poets, we asked POTB’s former editor and poet, Judith Taylor, to write a recollection of John and to select one of his poems for our readers to enjoy. John served briefly as a guest on our Poetry Selection Panel. More about John and his work, including a soulful photo of the young John in 1969, can be found on his web site. 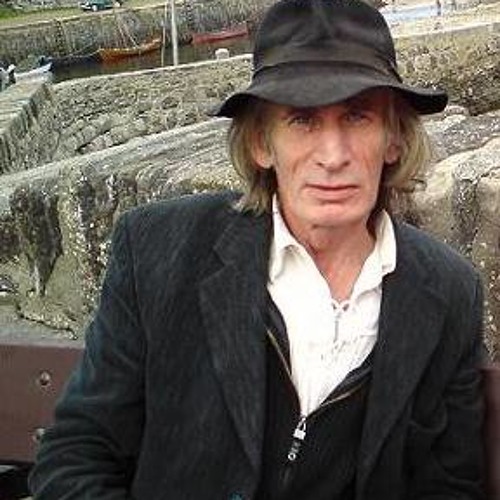 When I was still new to the monthly poetry nights at Books and Beans in Aberdeen, one evening in Open Mic a dude in a hat got up and read a poem about a Chinese kite. You can hear him read it, along with some of his other poems, here. And that was my introduction to John Mackie.

This is a personal reminiscence. When we remembered John at Books and Beans in January, after his death just before Christmas, I said I wasn’t going to say much about his life because, frankly, I didn’t know the half of it. Born in London, with roots in the North East and on Raasay (where he claimed Sorley MacLean as a distant relative), John was known to us as a poet and songwriter, but he had also been a musician, a playwright, a teacher, a management consultant, and a traveller through Europe and beyond.

He was, I said, the sort of person who passes into legend, and I think he wouldn’t have been displeased to do so. He liked nothing better than a good story. We still have his poetry and his songs, but we miss the voice that animated them – a voice as rich and gravelly as his beloved rivers – and we miss the stories that voice told, the glint in his eye belying his deadpan lead-up to some outrageous claim or appalling pun, the expansive conversation that made you feel you’d known him for years. Those who had known him for years recall he could be awkward, grouchy, demanding, and I don’t doubt it. But I cherish the memory of his wit, his conviviality, his engagement: his fearless ability to turn up, commandeer the nearest available musician, and improvise up a storm.

And I honour, too, the way his work kept on flowering late in his life, in print and online: his publications in magazines like Clear Poetry  and I am not a silent poet; his participation in the 52 group, and the online friendships that came from it, and that produced, after his death, such an outpouring of elegy and commemoration. Even in the last year of his life, despite the painful and debilitating illness that was to claim him, he refused to be curtailed, contributing poems of passion and indignation to causes he felt strongly about, and travelling all sorts of distances, fragile but undaunted, to take part in events. It seems fitting that almost the last time I heard him was at Books and Beans, reading his contribution to the Open Mic anthology.

After his death, in an online conversation, I used the word gallantry about him, but I think the word I was really looking for was panache, in the sense in which Cyrano de Bergerac used it: his plumed hat, that he flourished in the face of his enemies, even when the enemy was death itself. John’s hat had no plume, but by heck its owner had panache.

My favourite among John’s poems is “Hard Frost” (see below), from his sequence “Easter Tomloan Suite”, which was published in his collection Pearl Diving by Moonlight (Malfranteaux Concepts, 2012), and which I heard him perform with Anna Lavigne, one of his regular collaborators, as part of a Con Anima concert in December 2015.

alert to its imminence
the robin, finches
and the youngest crows

flicker from tree to table
and back to branch
fitfully gathering

dull, ice-streaked, scuffed
and stained with wear
but not, yet, beyond repair
these battered boots will last
just long enough
to travel hard and rough
to that place
of driven snow where

2 thoughts on “John Mackie: a recollection”