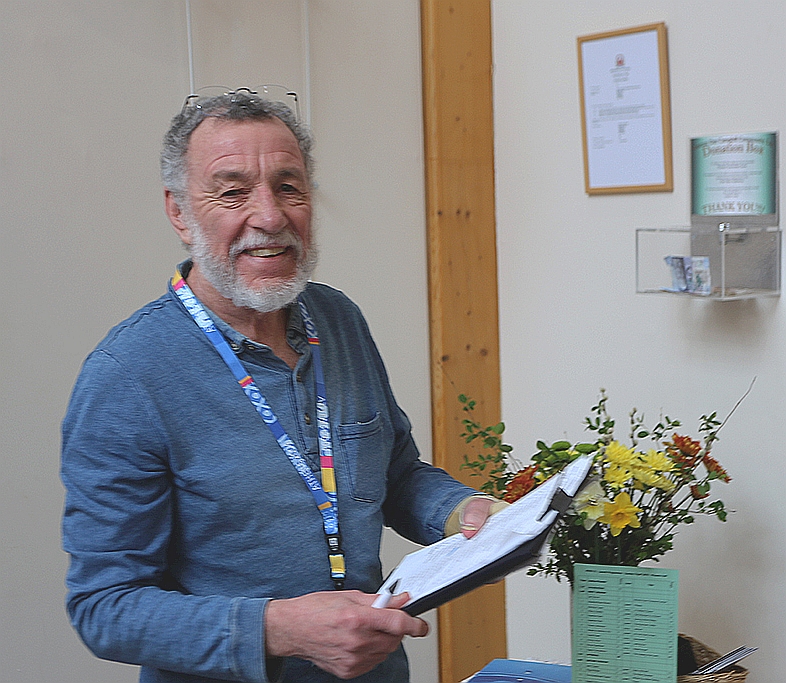 Great to see so many folk at this year’s launch (we counted 82) – some well-kent, many new and all welcome. Once again the event was held in the inspiring space of the Phoenix Hall, Newton Dee, handily situated for both City and Shire. Fittingly, both Aberdeen’s Lord Provost and the Provost of Aberdeenshire joined us to celebrate the occasion, hosted by our wonderful patron, Dame Anne Begg. And something unannounced on the day: all three editors, since the magazine became a fully voluntary organisation in 2005, were present and helping. 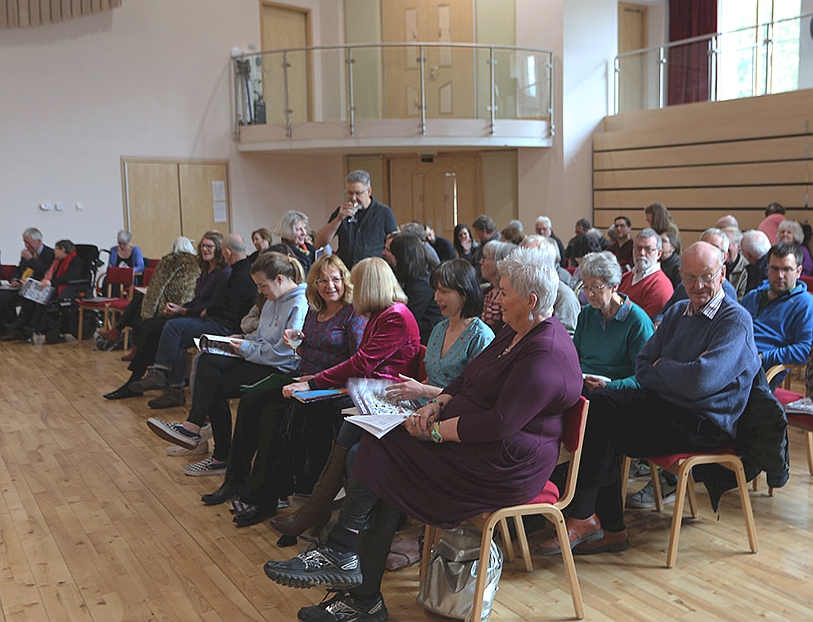 The main focus, as always, was the chance to hear the contributing writers read from their work and to see original images by the selected artists. Issue 15 Contributors had come from far and wide (even Australia!), to meet and mingle with invited guests and the team of volunteers who had worked so hard to bring this latest edition to fruition.

Judith Taylor, one of the three editors, convenor of this year’s poetry selection panel, and talented poet in her own right, presided over the afternoon’s readings. Ian Stephen, award-winning writer from the Western Isles, master-mariner and this Issue’s foreword writer, set the ball rolling with a tribute to the high standard of this edition’s contributions. Then came the readings themselves, with their broad range of genre, mood and dialect. There was Doric in abundance, Scots, Shetlandic, rural USA, and even a hint of old Norse – oh yes and some English too!

The readers led us on a journey, beginning with that first wondrous step into a book-filled space; then the comic sparkle of a young North-East quine on a holiday visit to Fife; onto the rescuing of a stranded turtle. We heard memories of a herring quine, and the sharp observations of a talented sixteen-year-old poet. Then to a riverbank in China and the menace of what might lurk within its murky waters; the poignancy of letting go a loved one; then to the undaunted spirit of an undersized quine confronting adult abuse. And last but not least in that first half: the tall tale of North-East man spotting the iceberg that sunk the Titanic (though several months later). 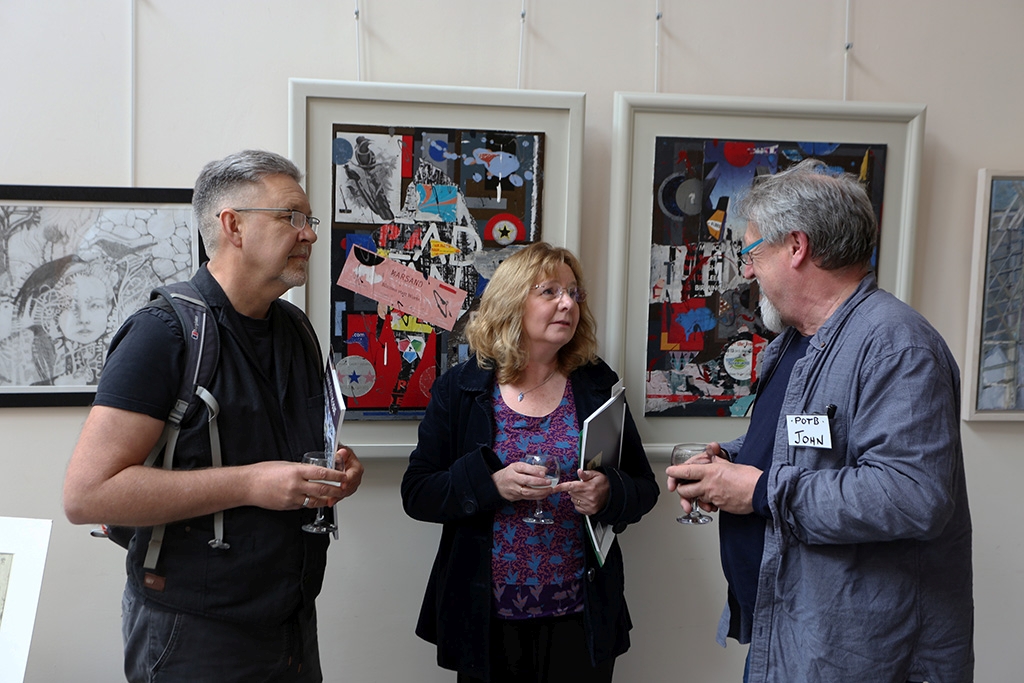 After the interval [with more meeting and mingling] came the memory of a past life touchingly woven into the fabric of the new; and an escapee from Rosehearty who couldn’t quite evade her roots. Then to the image of ‘a long line of Harleys ridden by portly Dutchmen down a glen’. A wild girl from rural USA – ‘Ma said she’d grow up to borrow your husband if you weren’t careful – with her pet quetzal bird. We heard, too, of learning to speak Doric at your Granma’s knee and of the magic of a boy’s first excursion to his favourite football team’s stadium; finally, from the smeddum in the tiny body of a dunnock, to the hilarious climax of an ardent terrier.

An afternoon filled to the brim with quality and pleasure; the first-time published standing proudly alongside POTB ‘old-timers’.

For more photos of the launch, check out the launch photo gallery.